How do you know if your family is a “Harry Potter” family?

If you play Harry Potter board games, of course!

Other symptoms of being a Harry Potter family may include:

Being a huge Harry Potter family, we’ve been playing Harry Potter board games for years and are thrilled with all of the new varieties that have come out lately!

There are Harry Potter board games here for all ages and numbers of people, from younger kids up to teenagers, so check them out!

Quick note: I’ve listed the recommended age range as specified by the game itself, but in our own experience, kids can start playing these games (sometimes with a little help) about 2 years before the listed age.

The Jen Bradley|MOMs free printable library has four fun Harry Potter printable games for you to download for your kids! Some of the links below are affiliate links. This means that I may make a small commission if you click through or purchase at no cost to you. For more information, click here.

As in every Hedbanz game, players wear a simple band around their heads with a small slot to place a picture card into without looking.

By asking yes or no questions to the other players, you have to guess what is on your card before the timer runs out.

To make the Harry Potter version special and unique, players choose a headband based on each of the four house colors: red for Gryffindor, blue for Ravenclaw, yellow for Hufflepuff, and green for Slytherin.

The categories for the 72 pictures cards are: Characters, Creatures, Enchanted Items, and Spells.

Another fun touch is the addition of Potion tokens and and Chocolate Frog tokens.

Potion tokens allow you to ask for help in figuring out an answer. For example, if you have the Polyjuice Potion token, you can ask another play to act out what’s on your card, while staying completely silent.

Chocolate Frog cards are collected when you guess who or what is on your Picture card correctly.

The first person to collect 5 Chocolate Frog tokens is the winner!

You can definitely play this game to include kids younger than 7 by setting aside a few of the simpler Picture cards (Harry Potter, Dumbledore, Hedwig, etc.) in a separate draw pile just for them.

If you have a large group, UNO is always a fun and quick game option.

As with any UNO game, the first player to get rid of all of their cards and shout “Uno!” is the winner.

This Harry Potter version of UNO is very similar to the regular game play, with one fun addition: the Sorting Hat card.

When a player draws the Sorting Hat card, he or she chooses another player to keep drawing cards until he or she draws a Gryffindor card. This my or may not make your opponents end up drawing LOTS of extra cards!

Although the game lists the recommended age at 7+, many children ages 5 or 6 can play this game successfully.

The Harry Potter Triwizard Maze game is fantastic for kids who are learning to count!

Just like a classic “pop and race” game (like Trouble), players pop the center bubble to make the dice roll.

Players then move their pieces around the outside edge of the Triwizard “maze” and back to their home positions.

To make this Harry Potter board game special, there is a deck of 48 maze cards to play when you land on special action spaces.

These maze cards can help you make it through the maze more quickly, cast spells to slow down your opponents, or even slow you down too!

Harry Potter Labyrinth is an awesome strategy game for kids that is different every time you play it!

Players represent one of the Hogwarts houses and move around the board, finding different well-known characters from the Harry Potter books and movies.

The big challenge is that board is continually changing!

With cool art, high quality wooden markers, and thick maze pieces this game feels very well made and is up to the high Ravensburger standard.

With an average playing time of around 30 minutes, this Harry Potter board game is one of our very favorites at our house!

If you have kids who love a mystery or are fans of the original Clue board game, you must give Harry Potter Clue a try!

In this version of the popular game, players representing Harry Potter characters must figure out who made a Hogwarts student vanish, what spell or item was used, and where that student was attacked.

There are several special additions that make the Harry Potter element extra fun.

First, as players roll dice and move around Hogwarts castle, there are four wheels underneath the board that cause secret passages to open and close and the Dark Mark to occasionally appear!

Finally, it’s important to make sure you have enough House Points to last throughout the game. Any player who runs out of House Points is out of the game!

Harry Potter Ultimate Edition Trivial Pursuit is a great question and answer game for anyone who wants to show off their Harry Potter knowledge!

It’s important to note that this game is based on the Harry Potter movies, not the books. (Because as any Harry Potter book fan knows, the movies aren’t exactly the same in all cases!)

Players move around the board and collect different colored wedges for their House mover as they answer questions correctly.

(The game pieces are awesome – They’re made of metal and shaped into the four House mascots. The wedges click into place instead of being dropped in as in regular Trivial Pursuit.)

The six categories are:

This is a great game to team up with younger kids as there are plenty of easy questions.

But this game is also great for the extreme Harry Potter fan, as there are plenty of difficult questions too.

Finally, if you prefer a more compact version of the game (with trivia questions only – no board), try out Harry Potter Compact Trivial Pursuit instead.

Don’t forget to snag your four free printable Harry Potter games too! Click on the image below to get access to the entire Free Printable library here at Jen Bradley|MOMs!

For older kids, teens and adults

Even if you’re not a huge fan of regular Scrabble, it’s definitely worth your while to try Harry Potter Scrabble!

Every player gets extra Harry Potter cards to play to enhance their scores, switch out useless tiles, and bend the rules!

Plus, any word you place on the board that pertains to Harry Potter is worth extra points.

So put on your wizard or witch hat, think of all the magical words you can, and get to playing!

If you’ve never played regular Munchkin before (like me!), this game can take a little getting used to before it gets fun.

But it’s worth it to give it a try because it does get really fun once you know what you’re doing!

Throughout the game you collect cards to strengthen your House card. Some of these cards are Role cards, such as Head Boy or Girl, Quidditch Captain, etc.

Other cards you want to collect are Allies, Treasures, and Proficiencies so you’ll be ready when Monsters or other players attack!

The first player to make it to Level 10 by defeating a monster is the winner.

As operatives for the Order of the Phoenix, you’re trying to pass information about the location of 9 other Order members to your partner.

Even if you’re familiar with regular Codenames, you’ll still want to read the rules because there are some subtle differences, especially with the addition of Time Turners that can limit the number of turns you can take.

One of the most exciting aspects of Harry Potter Codenames is the Mission Log. This is a notepad full of different ways to make the game more challenging as you advance through different locations such as London, Hogwarts, Hogsmeade and the Ministry of Magic the more rounds that you play.

Hogwarts Battle is an amazing cooperative game that any Harry Potter family is likely to love!

Although the age recommendation is for 11+, we’ve played successfully with an 8 and a 6 year old.

In one box, there are seven different games to play as you advance through each of your character’s seven years at Hogwarts.

You’ll collect allies, items, and coins while you defeat villians, suffer the effects of Dark Arts cards, and try to play to your character’s (Harry, Ron, Hermoine, or Neville) strengths.

While the first few levels are pretty easy and quick to play, each round gets more exciting and complex.

Of all of our Harry Potter board games, this is the one we always share with friends who have a similar love for all things Harry Potter!

There are now two awesome expansions to Hogwarts Battle:

The Monster Box of Monsters incorporates a new character, Luna, as well as Creatures and … to defeat.

This expansion adds a lot of playing time and options to the already amazing base game.

The newly released Charms and Potions expansion is also a great addition to Hogwarts Battle!

Ginny Weasley is introduced as a playable character, as well as the ability to use Charms and create potions.

We’ve only played the first round so far, so I’ll update as we make it through.

The game itself features lots of dice rolling and strategy to stop Lord Voldemort and his Death Eaters from regaining power in Harry Potter’s 5th year at Hogwarts.

Be prepared to lose this game more than once before you beat it – and trust that it is fun enough to keep enticing you back for another try.

Although the box says it takes 60+ minutes to play, for us it has always been WAY more than that!

If you’re looking for a fun way to geek out about your love for Harry Potter, give a few of these fun Harry Potter board games a try!

And if you have any to add to the list, please let me know! –5 Simple and Fun Things to Do at Home With Kids

–How to Create Opportunities for Family Bonding Activities

–How to Create an Awesome Family Summer Bingo Board

Which of these Harry Potter board games are you going to try first? Hi there! I’m so glad you’re here. I am a mom of five kids who believes you can find joy in mom life – mostly by learning how to simplify motherhood! Read More …

New in the FREE Printables Library Check out my new Online Course! Decluttering Simplified is an affordable, step-by-step, self-paced course that’ll help you get past the overwhelm of clutter and give you an easy system to follow! How to Deep Clean Your Bathroom – The Simplified Way 15 Flattering, Elegant, and Modest Spring Dresses for Moms in 2021 How to Declutter Paper – The Awesome Step-by-Step Guide

As an Amazon affiliate, I earn from qualifying purchases. 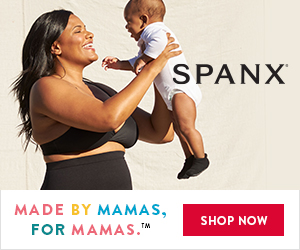 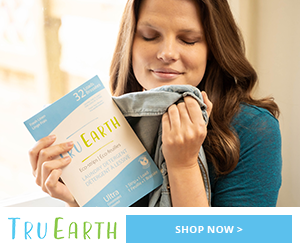